Jackie and Mark racing through Grace.

No Grunting, They Said, and He Was at the Gym 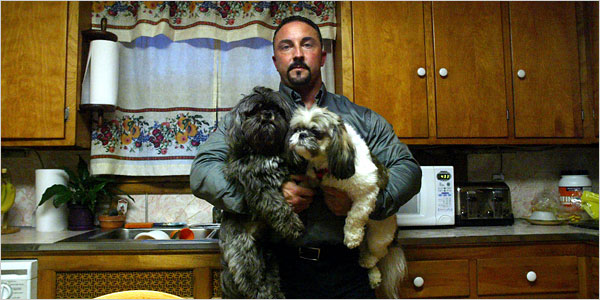 Albert Argibay, a correction officer ejected from Planet Fitness for grunting, says he has endured ridicule from his colleagues.

WAPPINGERS FALLS, N.Y., Nov. 13 — Albert Argibay, a bodybuilder and a state correction officer, was at a Planet Fitness gym with 500 pounds of weight on his shoulders one afternoon this month when the club manager walked over and told him it was time to leave. Mr. Argibay, the manager explained, had violated one of the club’s most sacred and strictly enforced rules: He was grunting.

Skip to next paragraph
Enlarge This Image 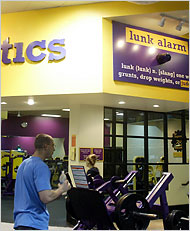 At Planet Fitness, some members say, they are humiliated for taking their workouts too seriously.

“I said to her, ‘I’m not grunting, I’m breathing heavy,’ ” recalled Mr. Argibay, 40, an energetic man with the hulking appearance of a pro linebacker. “I guess she didn’t like the fact that I challenged her, because she said to me, ‘Meet me up front; I’m canceling your membership.’ ”

Article from the NY Times

Wow… apparently people are trying to pass off libraries as gyms these days. I can’t imagine what they’d do if I brought in chalk…

No Class on Labor Day